Founded in 1752.
The most historical and traditional Japanese restaurant in Kanazawa

Before exploring the world of cuisine, many generations of the Tsuba family had been artisans of making Tsuba-sword guards in the Kaga Province. In 1752, Jinbei Tsuba III opened a small restaurant besides his main business of sword guard making. This was the origin of Tsubajin as a Japanese restaurant (Ryotei). The restaurant gained a great reputation among the feudal lords, and soon it was recognized as the best restaurant in the Kaga Province. After the Meiji restoration in early 19th century, literary masters including Saisen-Muro and political figures including Ito Hirobumi, the first Prime Minister of Japan, had all dined at Tsubajin to enjoy specialties from the Kaga region. Today, we welcome guests from all around the world to experience one of the most historical and traditional Japanese restaurants in not only Kanazawa, but also Japan. 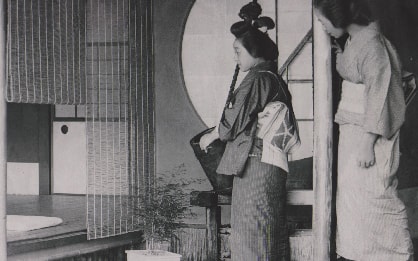 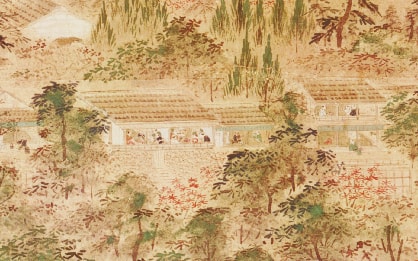 Tsubajin is mentioned in a famous book titled `Memoirs of a Turtles Tail` as being of significant importance in Kanazawa`s history.

This book which was written more than 200 years ago and is seen as one of the seminal historical accounts of Ishikawa prefecture. This historical document refers to Tsubaya, which was the former name of Tsubajin and run by Jinbei. This highlights how Tsubajin, which still offers the same magical experience it has always done, has become a part of Kanazawa`s history. 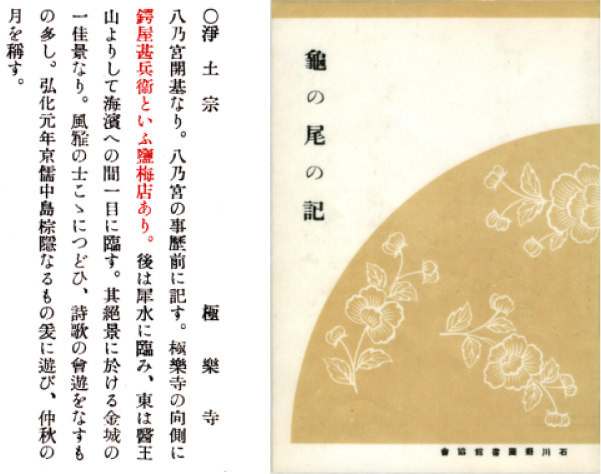 History of our Facilities

Tsubajin is the oldest restaurant in Kanazawa with a history spanning 270 years. The taste and atmosphere nurtured in its long established history gives a unique insight into the finest cuisine in the Kaga Province. Tsubajin is blessed with many charms that have impressed and captivated many important people throughout Japan`s history. For example, Japan`s first Prime Minister, Hirobumi Ito was impressed by the view he could see from our room called Tsuki-no-ma. The artist Kiyoshi Yamashita was so inspired by our room Matsunoma that he created an artwork for us. Basho Matsuo, a famous haiku poet, found Koharuan the perfect place to hold his haiku gatherings. Being able to enjoy each room with their unique history and atmosphere in the same unchanged way that many historical prominent figures in Japan`s history have also had the pleasure to enjoy can be said to be one of the biggest charms of Tsubajin.

History of our Food Culture

We gather the freshest and highest quality ingredients from our local area, allowing us to serve you the finest and most authentic food in the Kaga Province. 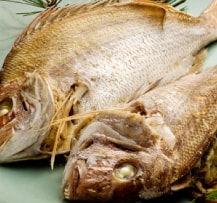 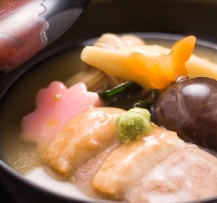 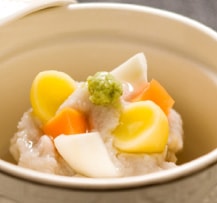 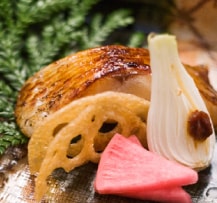 You can also have dinner while enjoying Kanazawa-Geiji’s (Geisha performers) perform traditional songs and dances without the bother of going to the tea or Geisha districts. Enjoy this ornate entertainment of Kanazawa, a city in which it is said that the sounds of Noh, a classical Japanese musical drama, fall like rain from the sky.